Having played cricket for more than a decade and a half, many records were made and broken by Yuvraj Singh. He was considered one of the greatest white ball player and made a plethora of records while still a part of the Indian team. 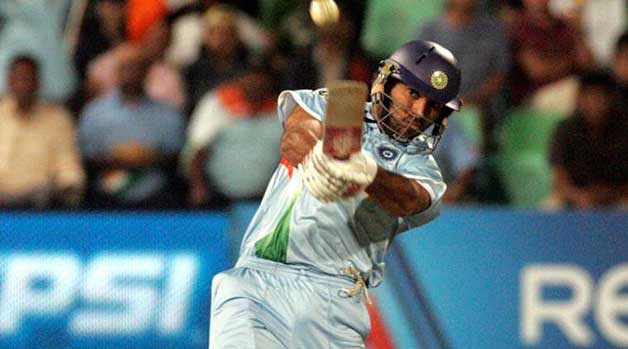 Here’s the list of 5 such records which still stand intact and will be very difficult to be broken:

5. Most Man of the Match awards won in a single edition of the World Cup

Yuvraj had a terrific run in the 2011 World Cup. He performed both with the bat and the ball and was lightning fast in the field. His contributions played a really important role in the success of the Indian team. If it was not for his heroics in the quarter-final against the Australians, India would not have made it to the finals.

4. First player to score a fifty and take a 5 wicket haul in an ODI

Adding another feather to his already decorated hat, Yuvraj scored a half-century and and took a five-wicket haul in India’s match against Ireland in the 2011 ICC Cricket World Cup.

When India were bowling Yuvraj’s 5 scalps, including that of the opener and captain William Porterfield and Kevin O Brien ensured that the Irish side was restricted to just 207 runs. In India’s chase, after losing the top 3 for just 87 runs, Yuvraj paced his knock of 50 runs so precisely that the Indians turned out as the winners and for his performance, Yuvraj was given the Man of the Match award.

3. First player to score more than 300 runs and get 15 wickets in wickets in a World Cup

He consistently performed throughout the tournament, seeing the Indian side through to victory on most occasions. It was for his string of brilliant performances, both with the bat and the ball that he managed to accumulate more than 300 runs and get 15 wickets in the tourney, making him the first player to do so.

2. Fastest player to score a half century in T20Is

Yuvraj was also the star of the Indian victory in the 2007 World T20. He made vital contributions with the bat, ensuring to get the team to decent totals. But, in the match against the English team, he was on a completely different level.

In the match against England, Yuvraj hit six sixes in the over of Stuart Broad, making him the first, and till date, the only cricket to do so in T-20 international cricket.

As mentioned earlier, Yuvraj had an on-filed brawl with Andrew Flintoff, and in the next over, Singh smoked Broad for sixes all around the park. He, in an interview said that the fact that he himself had been hit for 5 consecutive sixes earlier in the World Cup, made him make better decisions, while hitting Broad for sixes.