Arsenal welcome north London rivals Tottenham Hotspur to Emirates Stadium for Saturday Night Football and will hope to extend their home dominance over their local rivals. Spurs have won just twice at Arsenal in the league in almost 30 years and head into the game trailing Arsene Wenger’s side by two points and five places in the early table.

Saturday’s hosts are one of only two unbeaten teams in the Premier League after five games, but have drawn three of those, including a 2-2 draw with champions Manchester City in their previous home fixture. The Gunners’ form away from the league, though, has not been as steady, with defeats by Borussia Dortmund and Southampton in the UEFA Champions League and Capital One Cup, respectively. However, Arsenal have won the last four at home against Spurs in all competitions and two of those victories have been 5-2 scorelines. Arsenal defenders Kieran Gibbs and Per Mertesacker will be available to start after only being fit enough to be named as substitutes against Southampton.

Mathieu Flamini is also expected to return, but Olivier Giroud, Theo Walcott and Mathieu Debuchy remain long-term absentees. Tottenham boss Mauricio Pochettino will restore a host of players that sat out the midweek win over Nottingham Forest. Aside from the injured Kyle Walker, he has a fully fit squad available to him. Jack Wilshere had a superb game against Manchester City . Mesut Ozil found his form at Aston Villa. Danny Welbeck has hit the ground running and has struck up a good understanding with the World Cup winner. Alexis Sanchez has four goals in his last five games. Do Tottenham have anyone to match that? Not on the evidence of the lame performance against West Brom when there were too many artists and not enough artisans prepared to roll their sleeves up and drive a quick early tempo.

PAST OF NORTH LONDON DERBY-

On 1 September 2013, Arsenal beat Tottenham 1-0 in match given extra edge by Spurs big spending in the transfer period compared to Arsenal’s lack of activity. Arsenal took the lead in the 23rd minute through Olivier Giroud with the assist from Theo Walcott via a low cross from the right flank. Arsenal managed to hold on to their one-goal advantage in the second half to claim the three points and move ahead of Tottenham in the Premier League. On 17 November 2012, Arsenal managed another 5–2 victory over Tottenham, their second in 2012 On 20 November 2010, Tottenham registered their first win at Arsenal in 17 years when they came from 2–0 down at half-time to win 3–2. The win also broke a 68 game run of winless results away from home against the ‘big four’ clubs. Tottenham later defeated Arsenal 2–1 in 2011, with Arsenal’s only goal being provided by Aaron Ramsey , while Tottenham scored with Rafael van der Vaart and right back Kyle Walker .In the second meeting of the season on 26 February 2012, Louis Saha and former Arsenal player Emmanuel Adebayor brought Spurs 2–0 up in the first 40 minutes of the game, but goals coming from Bacary Sagna, Robin van Persie , Tomáš Rosický and a brace from Theo Walcott helped Arsenal surge to a 5–2 win. Arsenal last failed to score at home to Spurs in the Premier League in November 1998. Since then the Gunners have scored 38 times in 15 games. If there are four goals in this game then it will become the outright highest scoring fixture in Premier League history (currently 126 goals). Spurs have only won once at Arsenal in 25 matches in all competitions since May 1993, a 3-2 comeback win in November 2010 (D8, L16).

1.Arsenal last failed to score at home to Spurs in the Premier
League in November 1998.
2.Since then the Gunners have scored 38 times in 15 games.
3.Emmanuel Adebayor has scored more goals than any other player in north London derby history (8 for Arsenal and 2 for Spurs).
4.If there are four goals in this game then it will become the outright highest scoring fixture in Premier League history
(currently 126 goals).

Arsenal look far more durable in the league now and will be looking to go unbeaten in their opening six league games for the first time since 2007. Mauricio Pochettino says he wants to emulate the impact made by his local rival Arsène Wenger, as he prepares for his first north London derby as Tottenham Hotspur manager against Arsenal on Saturday evening.

SPURS VS GUNNERS KICK OFF. 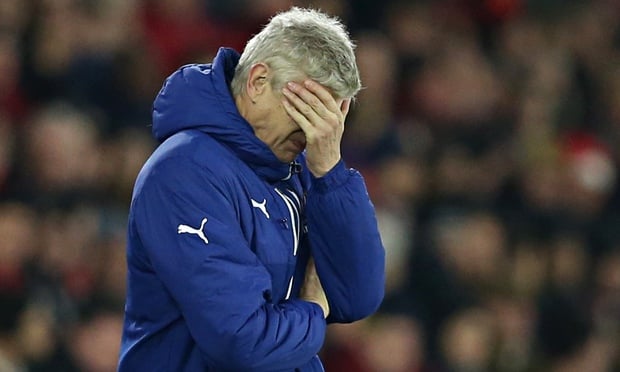 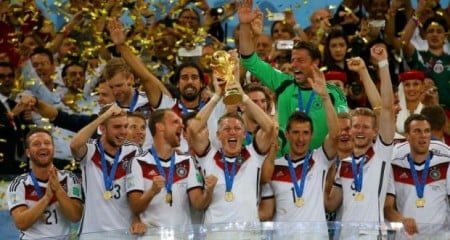 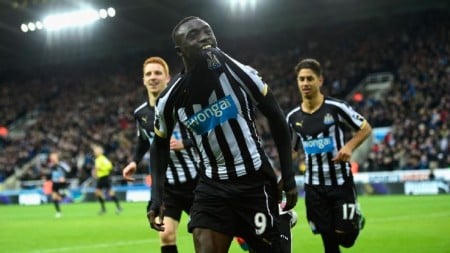